This week's Project Pastry Queen was picked by Missy of Creative Missy. The Macaroons are rich, sweet, and delicious. My youngest daughter loves Dulce de Leche so she thought I should shouldn't be adding it to coconut but these are good. My Mom loves Macaroons and she liked them. 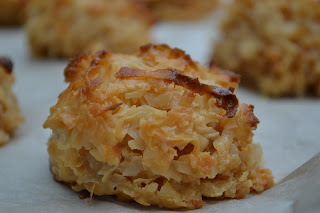 I didn't add anything else to the batch I made. You can add chocolate or toasted almonds but I kept it simple. I wish I had thought to add English toffee to them since I have been making English fare but next time I will. My next post will be back to my culinary English journey. 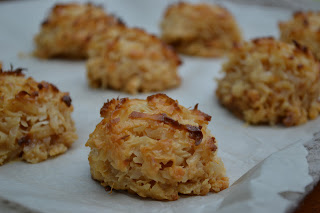 Directions:
Recipe adapted from The Pastry Queen cookbook by Rebecca Rather. 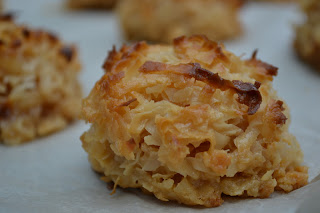 Did you already know...
-Toffee became popular in England in the late 1800s.
-In 1889, a toffee house owned by Mrs. Bushell was located outside the Everton Football Club (Everton FC).
-Many football patrons purchased vast quantities of the toffee.
-In 1892, the football club was moved and Mrs. Bushell received permission to sell her toffee inside the football stadium before the games.
-The Everton FC's nickname is The Toffees.
-In America, Everton FC is a soccer team.
Posted by Sweet Morris at 3:45 PM
Email ThisBlogThis!Share to TwitterShare to FacebookShare to Pinterest
Labels: Dulce de Leche Macaroons, Macaroons

Popular Posts for the last 7 days