How has your year been going so far? Are you still going strong on your New Year resolutions? Have you broken any? Our New Year resolution is just to be a little more frugal and eat more fruit. It really isn't that hard. Also, the other New Year resolution is the kids and I are doing a number of exercises for the number of the day into the year which means if it is the 9th day of the year we will do 9 sit ups, stretches, push ups, jumping jacks, etc. So, far so good but I am unsure when we hit day 50 of the year!
I have started cooking new dishes again. Recently, I have been trying to make easy one skillet meals. The kids like them. My husband likes them. Plus I can add additional vegetables which no one complains. Whether they notice or not, they haven't said anything.
I may spend less time preparing supper but we still eat at the table as a family. I can't remember the last time we have not ate at the table. I think it is less messy plus we talk. We normally will ask about the best part of their day. It is cute how the kids go into stories about their favorite part of the day. The stories they tell us tend to make us laugh. When my oldest daughter lived at home, she always went last. Her stories always took the longest. Any other time of the day, she spoke the least. I think she was saving it for supper.
My children practiced their photography skills and took the photos for me. I asked them to take a photo of themselves but they didn't. I will have to get some photos of them soon. 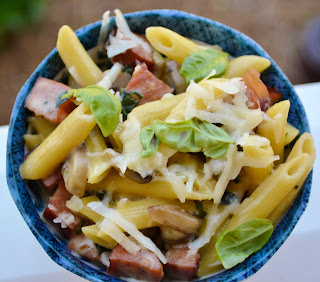 Spinach and Artichoke Macaroni and Cheese

Since my daughter loves macaroni and cheese, she elected for me to make this dish. Now, I like spinach and artichokes. I just didn't know how I would like this dish. Well, my husband even liked this dish. My husband doesn't eat artichokes. It is creamy. It is delicious and the kids ate the leftovers for lunch the next day. 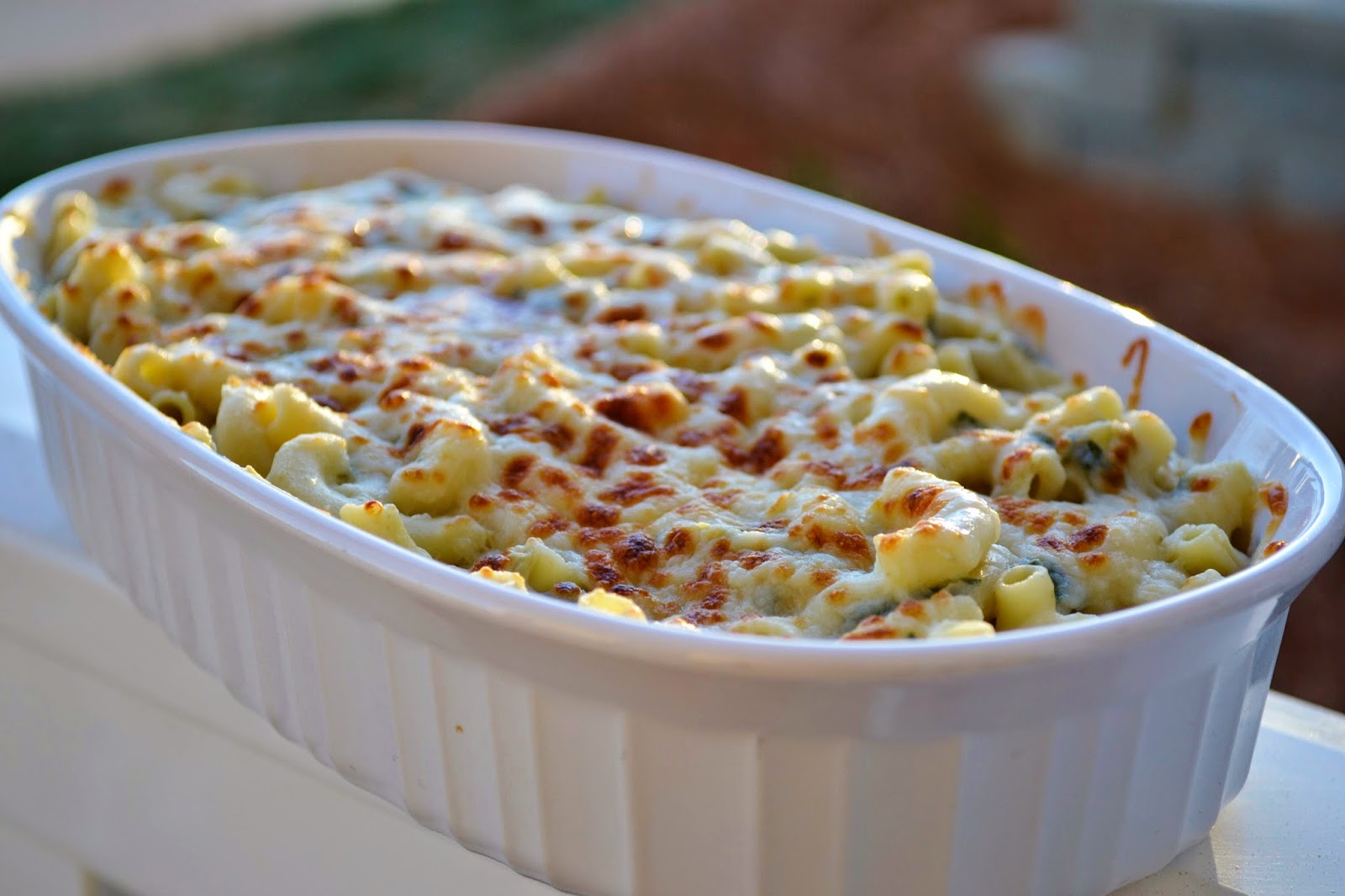 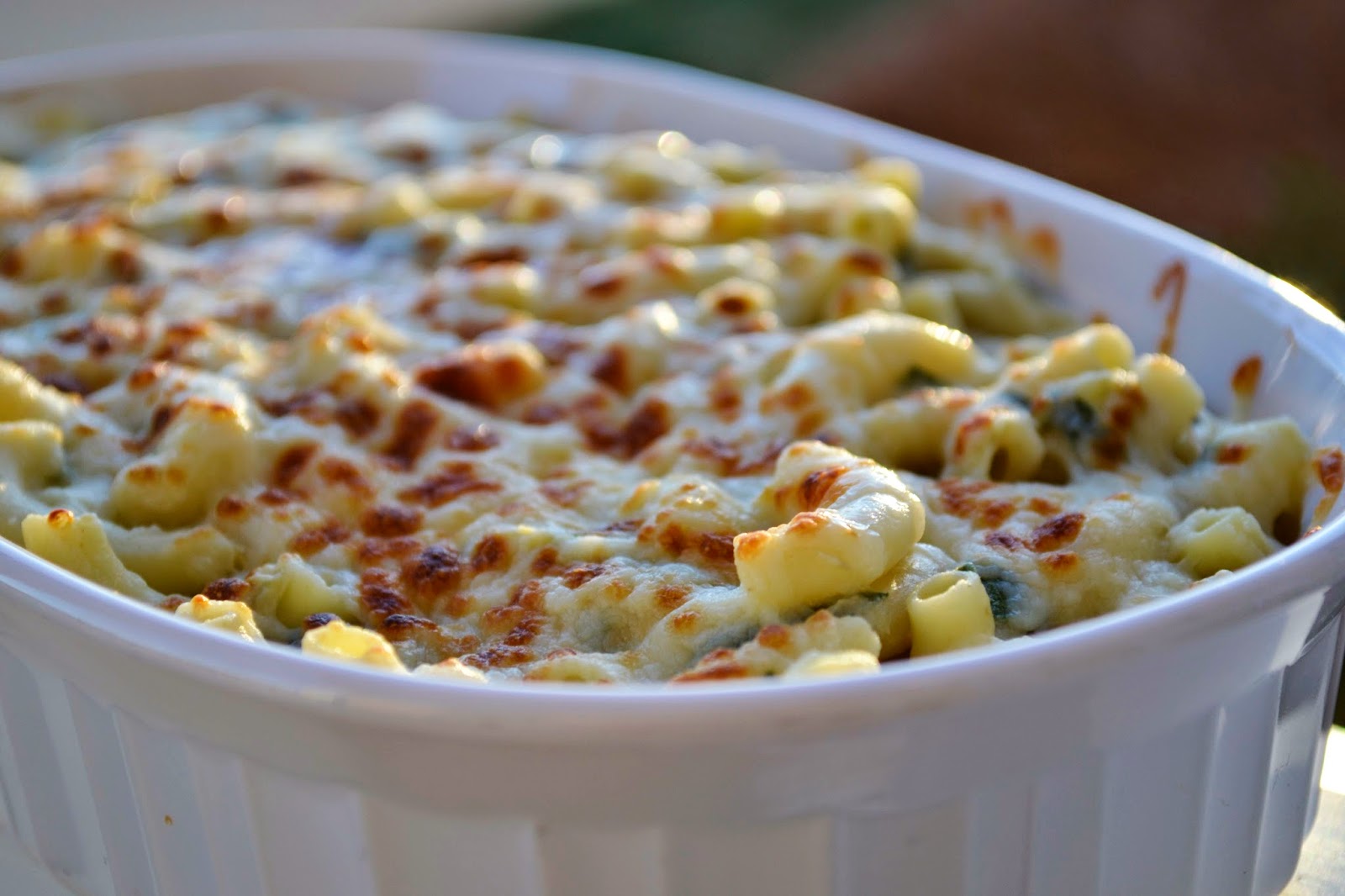 Did you already know.....................
-Artichokes are the flower buds before they bloom into a purple flower.
-One artichoke plant can produce 20 artichokes a year.
-In 1947, Norma Jean (Marilyn Monroe) was crowned the first official California Artichoke Queen.
Posted by Unknown at 12:00 AM No comments: Links to this post
Email ThisBlogThis!Share to TwitterShare to FacebookShare to Pinterest
Labels: artichoke, macaroni and cheese, spinach, spinach and artichoke macaroni and cheese 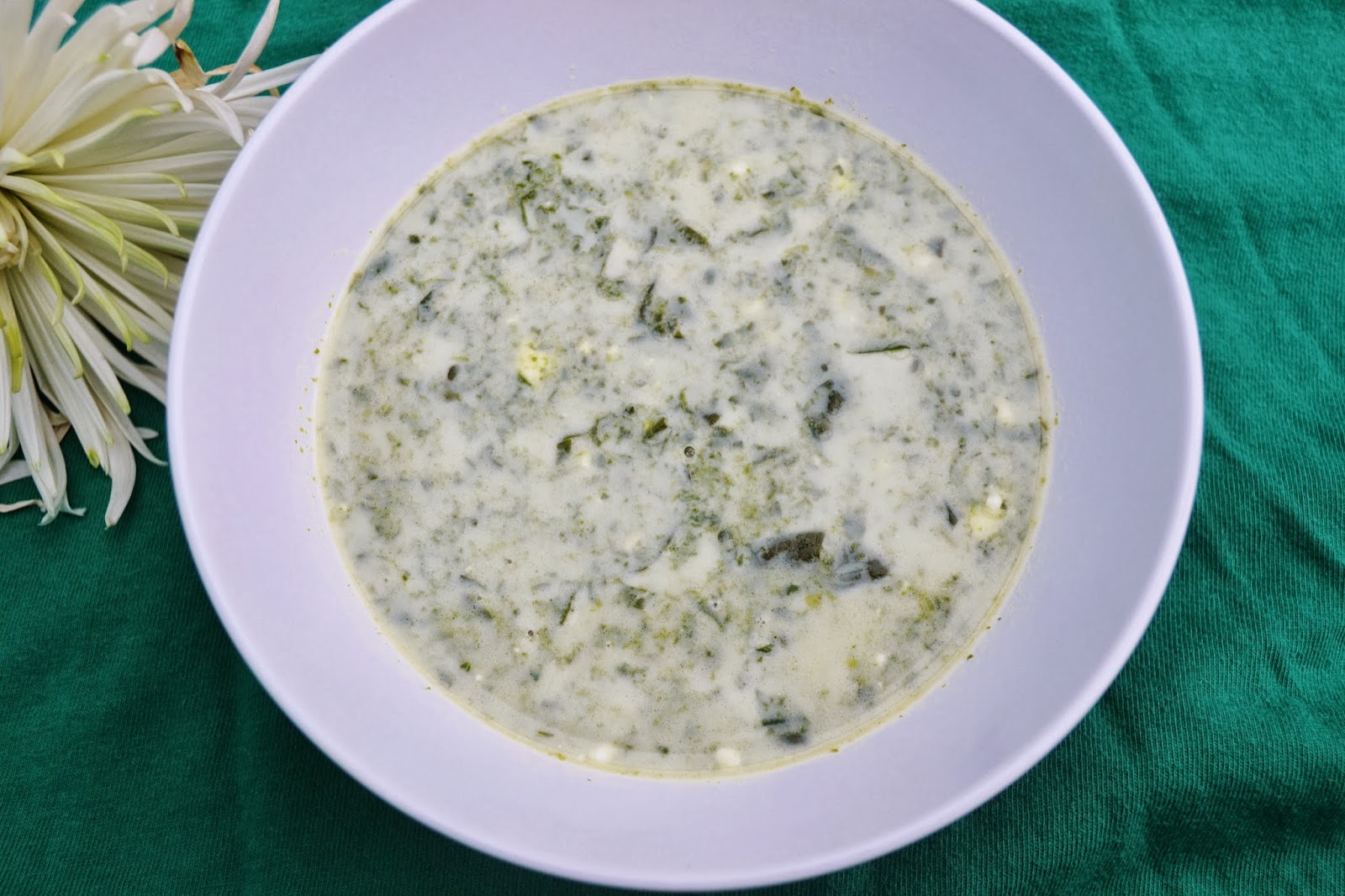 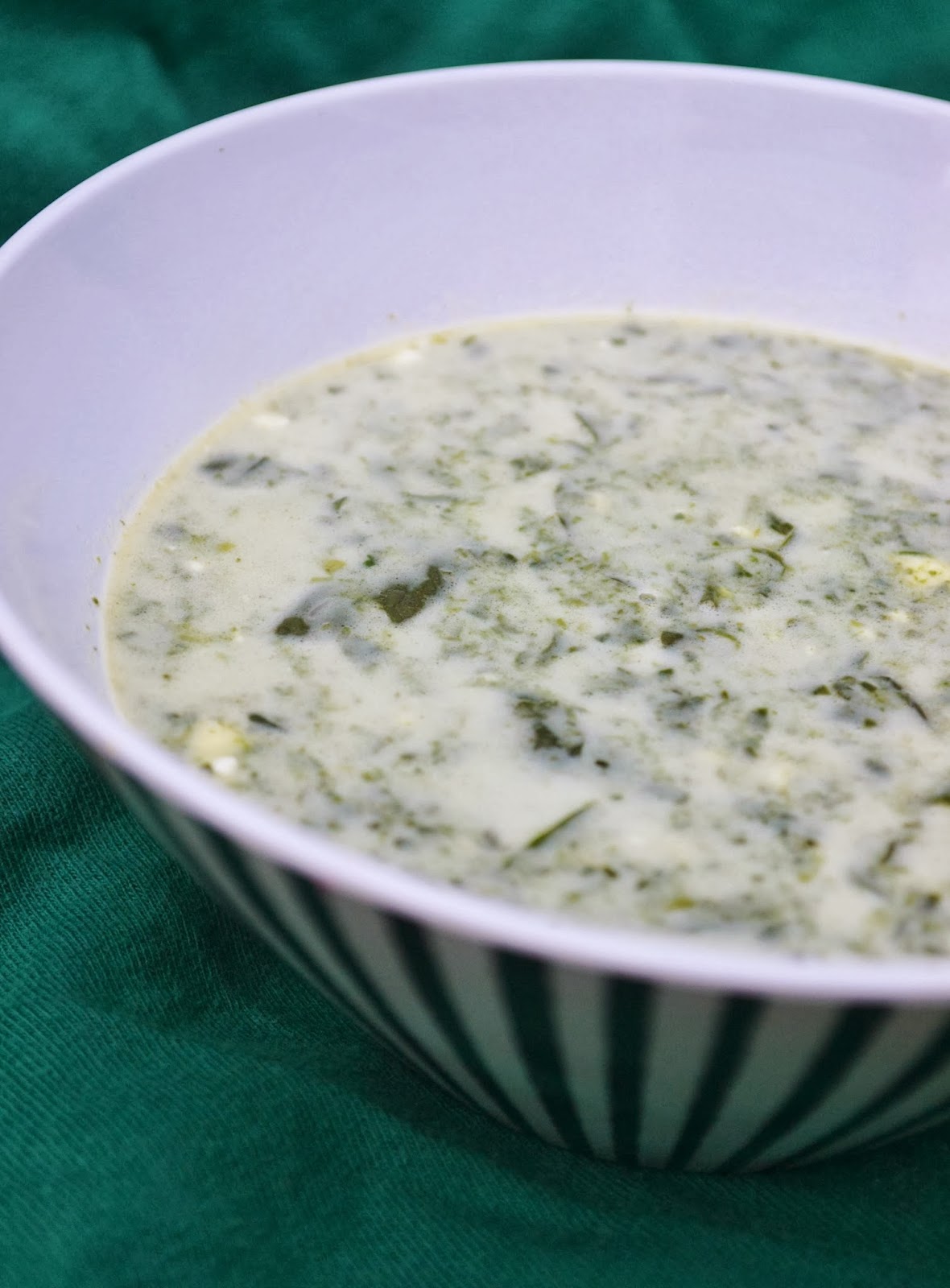 Did you already know...........
-Spinach originated from the Middle East.
-Spinach was the first commercial sold frozen vegetable.
-In 1929, spinach became very popular to kids with the debut of Popeye.
Posted by Unknown at 12:00 AM No comments: Links to this post
Email ThisBlogThis!Share to TwitterShare to FacebookShare to Pinterest
Labels: creamed spinach soup, soup, spinach, spinach soup

Almost everyday, my son has been making a smoothie. He likes smoothies but I think it is more that he gets to make all the decisions. He is the youngest. So, I asked him if he wouldn't mind making me a smoothie. This smoothie is totally his concoction. He doesn't even add sweetener. You may want to add a little honey or sugar but I thought it tastes pretty good. The main reason why I wanted him to make me a smoothie was for me to show him how he could make it into a frozen smoothie. He thought it was so cool that he took the smoothie and ate it all. He didn't even share. Good thing I have two different cups so I could make another frozen smoothie. 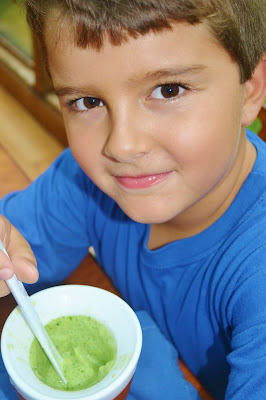 I always have white wine in the house. So, I made an assumption that I could add wine to this sauce but I had none in the house. I do vaguely remember drinking it all but I didn't realize I didn't buy more. My husband offered some red wine but no. I didn't think it sounded good. So, I made it with just chicken broth and some cream. I also wanted to add a vegetable so I thought spinach was a good pairing. My daughter told me the spinach was her favorite part. 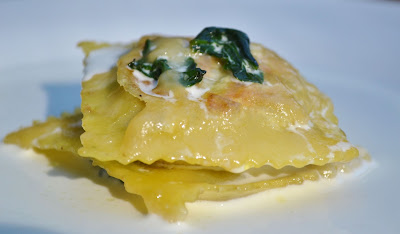 Recipe by Jen of Sweet Morris. 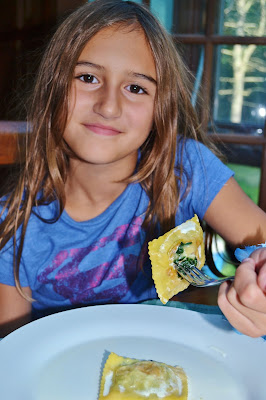 Did you already know..........
-The Italian plural for ravioli is raviolo.
-Ravioli recipes have been around since the 14th century.
-If you order raviolo in Italy, you will receive a pasta casing with a filling even though raviolo literally means little turnip.
Posted by Unknown at 12:00 AM No comments: Links to this post
Email ThisBlogThis!Share to TwitterShare to FacebookShare to Pinterest
Labels: pasta, ravioli, raviolio, spinach, white sauce

I don't want to brag or anything but it has been in the high 80s in Maine lately. I know the rest of the country have probably reached these temperatures months ago but it has been hot here. It has been too hot to cook. It has been so hot that some of us have even entered the ocean waters. Since it is hot in the house, I have not been cooking lately. Even the thought of standing in front of a stove makes me hot. However, the refrigerator is another story. The freezer and I are more than acquaintances. Salads are what we have been eating a lot of lately. 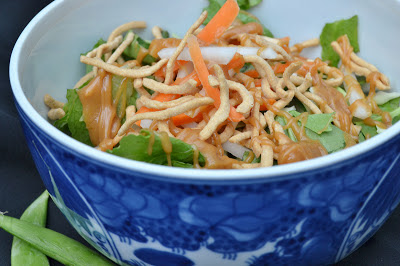 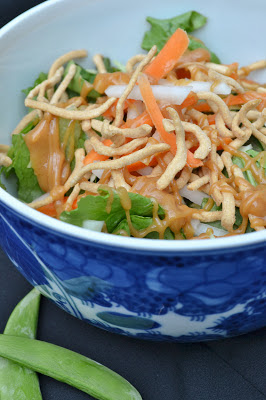 This summer I joined a Community Supported Agricultural (CSA). I prepaid for my produce for the summer and each week I pick up my share. Besides making us eat more vegetables, we also are trying new vegetables I normally would not purchase at the grocery store. The best thing is we normally eat a lot of salads (to counter the sweets) so we are just eating more salads. Since I had a lot of bok choy with spinach and broccoli this week, I decided to make a stir fry. 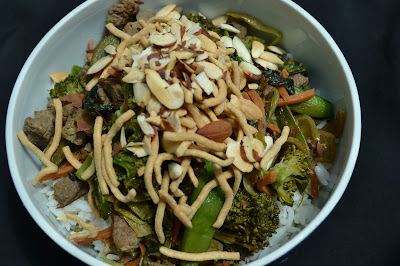 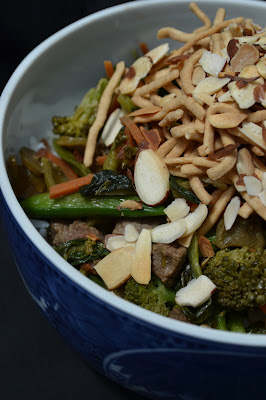 Did you already know.....................
-CSA is a way for farmers to sell their produce directly to the consumers before the crops are harvested and the community shares some of the risk.
-There are thousands of CSA farms throughout America.
-Some CSA provide eggs, mushrooms, flowers, fruit, and other items.
Posted by Unknown at 12:00 AM No comments: Links to this post
Email ThisBlogThis!Share to TwitterShare to FacebookShare to Pinterest
Labels: bok choy, broccoli, carrots, ginger, spinach, stir fry, vegetables

Did you see any leprechauns today? Any leprechauns making trouble? A friend told me about how a leprechauns painted a dog's tail green. I'm glad nothing like that happened here. My children had plans to build a trap to catch one but forgot. I'm glad since I didn't want any mischief. so we made sure to wear green today except my brave husband. I think he secretly enjoys being pinches since the kids have gotten him several times. He could go change but no. In celebration of St. Patrick's Day, I made bangers and mash with creamed spinach. I love baby spinach. I add it to all the salads I make. Also, I use it in place of lettuce on our sandwiches. The kids eat it and never complain. They really liked this side dish and there were no leftovers. 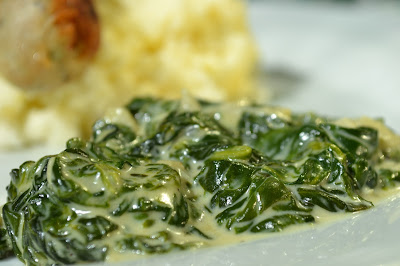 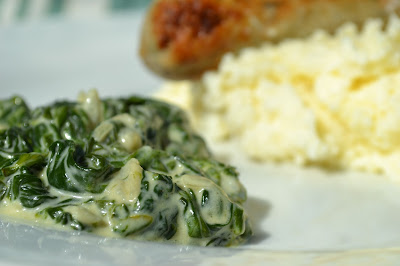 Did you already know.......
-The color blue was first associated with Saint Patrick.
-The Saint Patrick blue can still be found on ancient Irish flags.
-During 1798 Irish Rebellion, the Irish began to wear green to make a political statement.

Popular Posts for the last 7 days